The Structure of Arduino code comprises to two major parts.

In case of giving outputs, on digital pins ‘HIGH’ is command is given to turn the LED or buzzer or any other component on and ‘LOW’ command is given to turn off LED, buzzer or any other component along with the respective pin number.  While for giving out analog outputs on PWM pins of Arduino (digital pins with ῀ symbol i.e. pin number: 3, 5, 6, 9, 10, and 11). Rather than giving out HIGH or LOW we give a number between 0-255 | 0 means off, 255 means on. 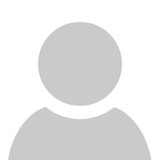